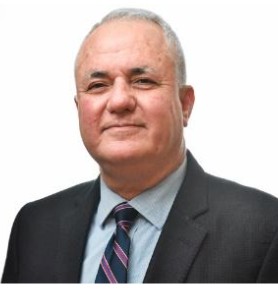 Professor Faisal Azaiza is the President of Sakhnin Academic College for Teacher Education. He previously served as the Dean of Faculty for Social Welfare and Health Sciences at the University of Haifa. Professor Azaiza has been a full professor since 2011 and headed the School of Social Work at the University for five years. Most recently, he served as the Deputy Chairman of the Planning and Budget Committee for the Council on Higher Education in Israel, and previously served as Mayor of his hometown, Daburriya, in northern Israel; in addition, he acted as Head of the Directorate for the Association of Community Centers in Israel from 2001 to 2003 and as Head of the Directorate for the Arab Israeli Bank from 2007 to 2015. Between 2002 and 2009, he served as Head of the Jewish-Arab Center at the University of Haifa as well. Throughout his professional life, Professor Azaiza has dedicated himself to the welfare and health concerns of the Arab community in Israel. His work addresses social problems from an evidence-based perspective, and he works to produce action-oriented research that offers solutions to challenges faced by the Arab community, as well as global challenges to education and social work. His research and publications include Jewish-Arab relations in Israel, especially in the educational contexts, as well as welfare and health of the Arab population in Israel in terms of social needs, health problems, and service delivery systems.

Professor Azaiza received his M.S.W. and Ph.D. from the Baerwald School of Social Work and the School of Public Health at Hebrew University of Jerusalem and a post-doctorate at the London School of Economics.